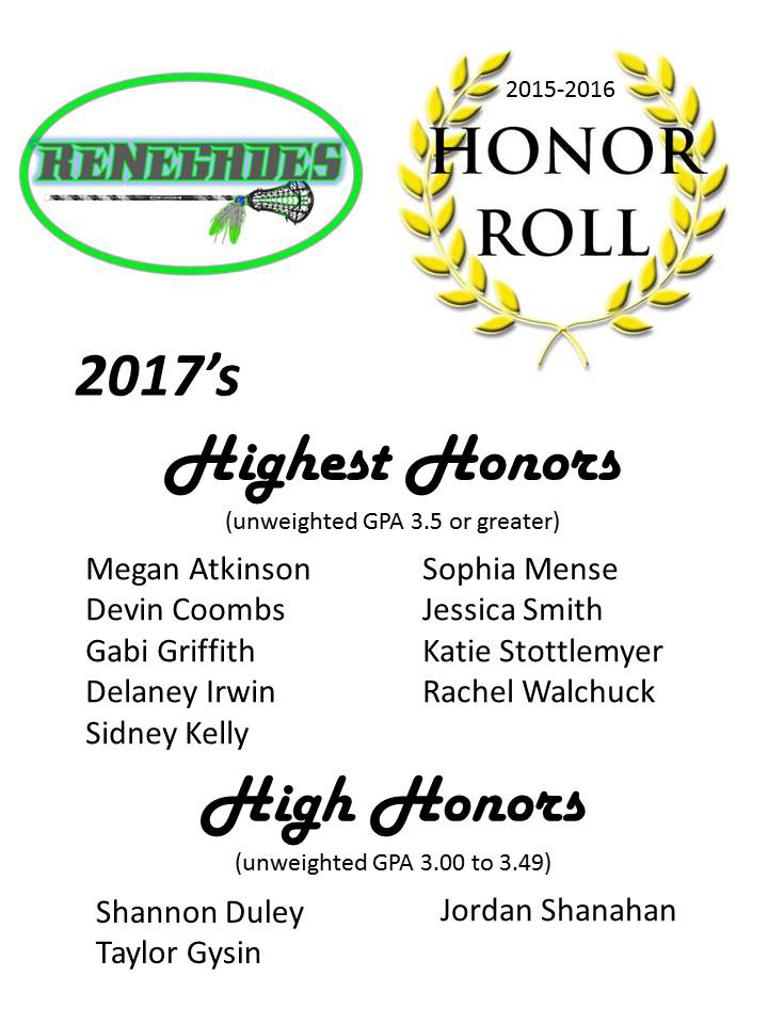 Few athletes had as promising a start as Taylor Blenckstone’s at St. Maria Goretti.

But that was before she was struck by the injury that plagues so many young female athletes.

Tearing the ACL in her left knee in the spring of her freshman year, then again in the summer after her sophomore year, forced Blenckstone to readjust her athletic ambitions.

But one goal always remained intact: To play college lacrosse.

This summer, after more than two years of much rehab and little play, Blenckstone, now a Goretti senior, made a verbal commitment to Division I Longwood (Va.).

“The past two summers I missed lacrosse, so I couldn’t do anything about the recruitment process,” Blenckstone said. “Division I, they recruit really early. Most 2018 girls already know where they’re going. I got lucky with Longwood. The coach is awesome.”

That coach, Elaine Jones, watched Blenckstone play one game this summer at a tournament in Richmond. That’s all she needed to see to make Blenckstone an offer.

“I had my mind set on it,” Blenckstone said. “I knew I wanted to play college lacrosse, so I worked really hard at rehab. I tried to do something every day.”

It’s been a long road back for an athlete who flashed so much talent as a freshman. Playing soccer that fall, Blenckstone scored more goals (18) than any player in Washington County. She also ran cross country, making The Herald-Mail’s all-county second team. In the winter she played for the varsity basketball team.

In the spring, she showed which sport was her best before she was injured in the fifth game against Saint James. In those five games, her numbers were staggering — 37 goals, 13 assists, 66 draw controls, 36 ground balls.

After being so active and having her identity wrapped up in sports, Blenckstone had a difficult adjustment.

“It was heartbreaking to see what she was going through,” said Goretti athletic trainer Maggie Johns. “She had a lot of breakdowns, especially when she was watching the sports teams at Goretti, wanting to be out there playing. It was hard to keep her in check. I told her to focus on every other aspect of her life — school work, rehab.”

After sitting out for nearly a year, Blenckstone was cleared to play lacrosse at the beginning of her sophomore year.

In her first game in 11 months and 16 days, Blenckstone scored seven goals and the Gaels won 21 of the 24 draws she took.

But as the season progressed, it was evident that Blenckstone — wearing a brace on her surgically repaired knee — was holding back. Late in the season she missed a few games with a sprained ankle. Then early in the summer, during a game with her club team, she reinjured the knee.

Johns remembers Blenckstone and her dad, Goretti athletic director David Blenckstone, coming to her the next day for a ligament test.

“It was a positive test,” Johns said. “The look on her dad’s face, the look on Taylor’s face — it still gives me goosebumps to think about that day.”

Getting back to work after a second ACL tested Blenckstone’s powers of positive thinking.

“The first time, I got over it, and I was fine,” Blenckstone said. “But when it happened the second time, I thought, ‘What the heck? Why does this happen again?’ The first few months after the surgery, I was like, ‘Gosh, I don’t feel like doing this rehab anymore. I’ve already been through this before.’”

But Blenckstone eventually regained her desire. In addition to completing her rehab outside of school, Johns put Blenckstone through a variety of exercises geared toward lacrosse — squats while holding a lacrosse stick, for example.

“Taylor’s a skinny girl, but she’s so strong,” Johns said. “There were times when she doubted herself, but she’s got her confidence back. She’s moving much better now than after the first surgery.”

Blenckstone plans to play for Goretti this spring, hoping to put the other bookend on a career that started so spectacularly.

Then it will be off to Longwood of the Big South Conference.

“I would tell Taylor, just imagine the story you’ll be able to tell,” Johns said. “How you came back from two ACL tears to play college lacrosse. It’s so rare and it says so much about you and your desire.”

After watching a soccer game at Goretti earlier this month, Blenckstone reflected on her long journey.

“When I was a freshman, I was probably at my best. That definitely was my peak in the athletic world. When I got back, I definitely didn’t feel like myself. It was just really tough to get back to where I was,” she said. “But right now, after all the rehab and all the working out I’ve done, I’m happy to say I’m back to my old self, back to the old athlete that I was.”