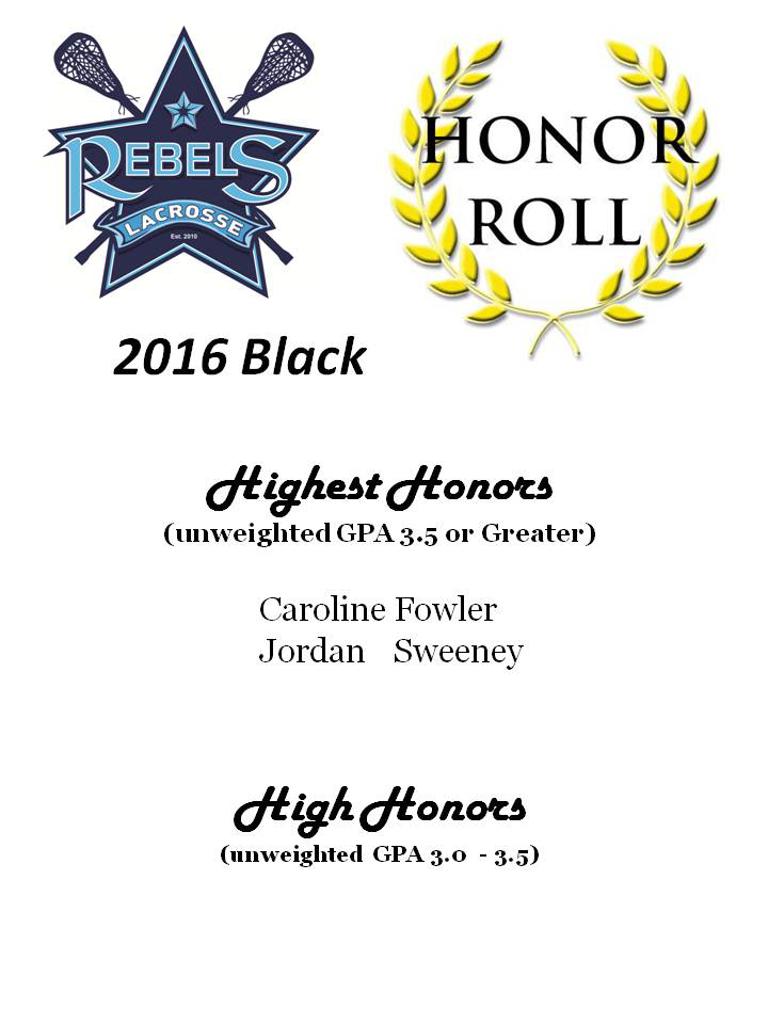 Still searching for a team? . We have openings! Contact our Director, Caitlyn Gunn, at cgunn@thinklax.net to inquir… https://t.co/djvMoJlXoG

ONE WEEK AWAY! . We are BACK starting next weekend! Check your team’s page in the coming days for information. See… https://t.co/0qOJNK7EkL

Get out to Sardis in Olney today! Great atmosphere, FOOD, and service! @ Sardis Pollo A La Brasa https://t.co/CRG3K7gUua

Congrats to Elaina Hagen, Rebels 1️⃣9️⃣ Titanium, who has committed to Marymount! https://t.co/rPJhW0p22f

MARYLAND SELECT IS A COMBINATION ALL STAR TEAM CONSISTING OF REBELS AND RENEGADES PLAYERS!!! WE ARE OFFERING MD SEL… https://t.co/HEm1qhJSZh

Rebels 1️⃣9️⃣ Titanium finishing up their last tournament with Benenden 1️⃣9️⃣ from the UK! https://t.co/4r2Li7MaMP

REBELS 21 BLACK ADVANCES WITH 6 TO 3 VICTORY OVER SNIPERS!!!

The comfortable lead was evaporating before halftime, and senior Delaney McMenamin knew the Sherwood girls’ lacrosse team needed a boost. When she controlled the ensuing draw, her initial thought was to pass to a teammate. When nobody was open, she quickly realized brute force would have to do.

After causing four different penalties and dodging halfway down the field through a wave of defenders in a matter of moments, McMenamin set up for a free-position shot in front of the goal with two seconds left on the clock. When the ball hit the back of the net, she had a hat trick before halftime and Sherwood had some breathing room it would eventually need to pull off a 9-7 win over Whitman in Sandy Spring on Monday.

“I figured if I just held the ball long enough, I would be able to get a goal before the time ran out,” she said. “I was trying to do that for the team.”

Playing an expanded role with classmate Taylor Andrews still sidelined by a knee injury, McMenamin seemed to pick her spots perfectly whenever Whitman threatened to ruin the Warriors’ night. She finished with four goals and snagged a groundball off a turnover before feeding senior Danielle Rohrman in transition for what became the game-winning tally with less than 16 minutes remaining in regulation.

It was a play reflecting the changes Sherwood (2-1, 1-0 Montgomery 4A/3A South) must implement until Andrews, one of Montgomery County’s leading scorers last year, is back on the field. McMenamin “tended to be the finisher, and [now] she’s had to be the quarterback on a lot of stuff,” Coach Kelly Hughes said.

Several other teammates have subsequently accepted new roles to compensate for McMenamin’s adjustment. Rohrman, for instance, is now starting at midfield after previously being a defender. She and McMenamin also played together for the Warriors girls’ soccer team this past fall and “it definitely helps,” Rohrman said.

“I’m completely comfortable passing the ball to her, so it just works when we’re on the field together,” McMenamin added. “Everybody’s stepping up now to fill the space that [Andrews] left.”

Senior Ella Booz added two free-position goals for Sherwood on Monday, but the Vikings never wilted despite falling behind 5-0 and needing 15 minutes to register their first shot attempt.

But the Warriors responded each time and, more often than not, McMenamin had the answer.

In a matchup between two top 5 teams, Caitlyn Gunn helped Good Counsel (Md.) stake its claim as the better opponent that day.

The senior had a hand in seven of her team's goals, as the third-ranked Falcons overcame a five-goal halftime deficit and held on to beat No. 4 St. Stephen's & St. Agnes (Va.), 16-14, at the Saints' 25th annual Spring Fling event. The Loyola commit had four goals and three assists as Good Counsel (5-0) earned its first win over a ranked opponent this season.

Gunn then followed that with another impressive performance in a 16-8 win over previously ranked Georgetown Visitation (D.C.), tallying four goals and two assists to finish out Spring Fling.

Northeast Player of the Week

The senior midfielder had 10 total goals and two assists to lead the Trojans to a pair of season-opening wins. She had five goals in a 16-9 win over rival Massapequa (N.Y.) and matched that effort in a 16-7 win over Suffern (N.Y.). Muldoon is headed to Harvard next year.

Mid-Atlantic Player of the Week

South Player of the Week

The senior already earned this recognition once this season, but it's hard to ignore her performance this past week as she played a big role in Milton's five wins in five days. Masinko finished the week with 22 goals and nine assists, beginning with a five-goal performance in a 15-5 win over Lassiter (Ga.) and including an 11-point effort (seven goals, four assists) in a 19-9 win over a Holy Cross (Md.) team that finished seventh in the Nike/LM Top 25 last year. The Notre Dame signee also had five draw controls in both those games. She had a team-high four goals in a 12-9 win over Georgetown Visitation (D.C.).

Midwest Player of the Week

The daughter of St. Louis Cardinals president Bill DeWitt tallied seven goals in what ultimately turned into an 18-6 rout of Webster Groves on Monday. It didn't necessarily look like the Bombers would win so easily as they trailed 3-2 early, but DeWitt assisted on what turned out to be the go-ahead and alternated goals with Yale commit Barrett Carlson to put John Burroughs up 8-4. She then iced it with three straight goals in less than three minutes.

West Player of the Week

The junior midfielder helped the Wildcats to a pair of wins on the East Coast, as they beat Midwest leader Loyola (Ill.) 12-9 and St. Anne's-Belfield (Va.) 10-6 at St. Stephen's & St. Agnes (Va.). Knaus had five goals in the win over Loyola, helping give St. Ignatius as much as a 12-6 lead with two minutes left. The Stanford commit also had two goals against St. Anne's, as the Wildcats rallied from a 5-2 halftime deficit, despite Catriona Barry and Gabby Noto sitting out with injuries.

The Epoch/Lacrosse Magazine Player of the Week recognizes the most outstanding performances in high school boys' and girls' lacrosse. Make it Epoch. Good Counsel girls’ lacrosse Coach Michael Haight does not bring up the prospect of a perfect season to his players. He believes it’s possible, if only because of how rare it is for one team to feature 21 Division I recruits like his does this spring. But why pile on that pressure when just topping last season’s campaign will be hard enough.

His players, however, have no problem embracing those expectations.

“It’s just the mindset of being 21-0, I think that really kicks it up a notch and allows us to move forward from things.”

After returning to the top of the Washington area girls’ lacrosse scene last year, No. 1 Good Counsel enters the 2016 season aiming even higher with a roster stocked with talent. The defending WCAC champions are ranked as high as No. 2 in the country by USA Today, and they’ve got a veteran core that isn’t intimidated by another challenging national schedule, which includes games against No. 2 St. Stephen’s/St. Agnes and McDonogh, the No. 1 team in the country and owners of a 136-game winning streak.

As a result, practices have morphed into daily tryouts to get on the field in games while Haight implemented more complex schemes and advanced skill work to challenge players. He said the team will play slightly different than in the past, with more pressure defensively and an up tempo offense to best take advantage of a wealth of speed.

Though the battle for playing time can be fierce, McDaniels emphasized the chemistry is better among players after winning so many games together last year. This is also why everyone seems so comfortable talking about an undefeated season.